Hello everyone I am back and um…………. middle school is pretty awesome, we have lockers, we can buy food, and so on. But I want to go back~ I miss everything , the teachers, friends, clubs, but mostly volleyball!!!!! In our school we only have cross country , track and field and soccer for the grade 5. The older people are lucky! Did you know that we had a Halloween dance? It was awesome but first it was sooooo awkward  seeing people dance like crazy and some girls were dancing with boys!!!! (slow dance). It was fun . I am going to go to McKee some day and play !

This year was awesome, new teacher, new friends and new work! But first I was vcery excited of being in Mr. Gagnon’s class but suddinly Mr. Georgi came in and said that he need a few students and the names are bla bla bla bla Hoho205. So I was put in another classroom with a new teacher, new students and the teacher’s name was Mr.Lee. It was only the start of the year!

E.O.E.C. Our class and Ms. Coles’s class went to E.O.E.C. in the winter. Some of the activities there were wolf proul and hiking in the night where it was dark, a little. I liked the wolf proual because we got to run and get the animals ( the student pretending) in the forest . It was like I was inside the Hunger games. After we ate yummy foods and made tea together. Also we learned about the place and other new things that helped us in life.

This year, there were much more clubes and teams than last year like for example badminton, anime club and so on. Also my goal of the year was to joined and participated into every club I can but I was really close but could not make it to all of them.

I am looking forward for the graduation. It is a little going to be difficult because first you have to go up , people or parents take pictures, and you go back down. It seems to be simple but it’s not, when you think about it really hard. Also you have to wear a dress if you don’t want  to be the only one that is not wearing it so I amgoing to be wearing a dress on the graduation day and I am also going to have fun!

The beat part of the year was when I made it to the volleyball team. But the best, best part is that Mr. Lee was coaching it . He made us get better ever time. So because of that we won lots of games and became the campions of the championship. We were able control, pass and aim. That is why I always love to play volleyball. So this year was the beat year ever and the end of the year is coming fast. NOOOOOOOOOOOOOOOO !

Describe the character and his / her way of doing something /acting in a way.Would you agree with the questions?

The character is cupid. He is a really caring Olympian . I know that because one day the Olympians like Cupid, Flame and so on. So once there was a problem and it was that Cupid had to make a boy love a boy which is a really bad and wronge thing to do because Cupid’s mother is suposed to make a girl fall in love wih a boy. But he had to do it because they needed the boy or man to talk and he is going to only talk if he is in love. So after he said that he will only do this for the Flame and that is because he wants the Flame to find and save his dad from the antagonist sothat is why he did that. Also I think that the right thing to do because even if you are going to get in trouble you can still fix it but if you don’t make the person talk it is going to ruin your friends life and can be with yours too.So what I am trying to say is you can still fix your prpblem but you can’t make a person happy when they are really sad like if your dad dies which almost jappened in the story so I agree with the action Cupid made.

What Century do you.think this book was on?

I think this book or story was on the 20th century and that is because you know that the clothes at the Olympus or a place where Gods live like Zeus and so on ? It is really different from what we wear but when they came to he human world or should I say the century we live right now the clothes they wear are similer to ours and I know that because it says on the book that there are running shoes, jeans, sweater, hat ot sounds like what we wear today . Also the foods they eat are similar or the same to what we eat in this century like for example they are crackers, juice and so on and in our century we eat lots of them every day. So I think they are in the 20th century because of the clothes and foods.they eat in the story. 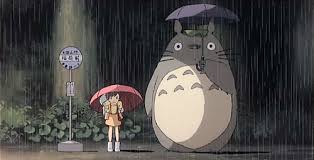 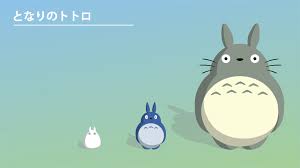 totoro is a movie made by a Japanese men and is watched all over the world. It was made in the 19th century but is still really famous to watch for every one adults can watch it and kids too and mostly people watch it as a family.  It is about a family moving to a country side and seeing a big and small creatures named totoro and they go to adventures together. Totoro  was directed and written by Hayao Miyazaki . The character’s are……………………. and the two main character’s are Mei and Kenta.

Yasuko Kusakabe
Rôba
Mitsuko
Nanny
Kenta’s father
Masashi Hirose
Totoro
Hitoshi Takagi
Man on tractor
Postal messenger
Mowing man
Adding to that, there where two girls that moved to a close place to there mother in the hospital they were having wonderful adventures with creatures in the spirit forest which cool things happen. Also there were lots of problems too like once the sister said that here sister is a little baby and said to grow up so  the little sister wanted to prove it and was walking to her mother’s hospital and it was about a 3 hour walk but she did not care . After everyone there thought she ran away so they were searching forever until they found her by her self siting in a rock. So tht was one problem that happened in the movie.
Also Mei the little sister is four years old sister is about 10 to 14. One day they discover that their new neighbor is was a mysterious forest with lots of things they never saw before and totoro can be only seen by children and I think that believes that there is lots of spirit filled creatures like totoro. Also totoro gives them the chance to meet him and an  unordinary creature like the little totoro’s and the cat which is a little like a school bus.So that is what happened to the girls in the family when they met totoro and his friends.
I got it from https://www.google.ca/search?q=totoro&rls=com.microsoft:en-CA&biw=1920&bih=911&source=lnms&sa=X&ei=ZGxXVa76EoSbyQTJkIDQAQ&ved=0CAYQ_AUoAA&dpr=1#rls=com.microsoft:en-CA&q=characters+in+neighbor+totorom
https://www.google.ca/search?q=totoro&rls=com.microsoft:en-CA&biw=1920&bih=911&source=lnms&sa=X&ei=ZGxXVa76EoSbyQTJkIDQAQ&ved=0CAYQ_AUoAA&dpr=1#rls=com.microsoft:en-CA&q=characters+in+neighbor+totoro

Seoul to Busan takes 5 hours on a car.

I would like to visit Korea, America, and France. 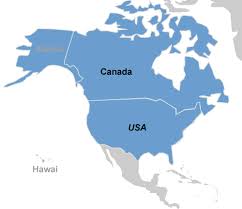 I will travel by a plane because I think it is impossible to go to Korea from a car.

If I went to Korea I will stay at my grand mother’s house.

I will use it for when I will travel and go to other places , to buy food, clothes and so on.

1. Research board games – when, where and why were they invented.

Alfred Mosher Butts (April 13, 1899 – April 4, 1993) was an American architect, famous forinventing the board game Scrabble in 1938.2. Create a new game for someone to de-stress from their lifestyle.

3. Your family are stranded on a deserted island, with nothing but your clothes. How will you entertain yourselves?

I can entertain my self by playing with a ball like you can make it by using leafs , rock , it is dangerous but if you cover them with leafs or something soft you can find it will not hert as much as when you get hit by a rock when your partier throws it and you miss it. Also you can entertain your self by playing with animals like there can be birds and you can play with them by giving them food if you find them that is safe to thouch or play with, maybe something else that are safe like they do not kill you .So does are the ways I can entertain my family and my self in the desert island.

4. Research ball games around the world – find out the rules and then try playing something similar at school or home. How did it go?

Volleyball is a team sport in which two teams of six players are separated by a net. Each team tries to score points by grounding a ball on the other team’s court under organized rules.

Each team consists of six players. To get play started, a team is chosen to serve by coin toss. A player from the serving team throws the ball into the air and attempts to hit the ball so it passes over the net on a course such that it will land in the opposing team’s court (the serve). The opposing team must use a combination of no more than three contacts with the volleyball to return the ball to the opponent’s side of the net. These contacts usually consist first of the bump or pass so that the ball’s trajectory is aimed towards the player designated as the setter; second of theset (usually an over-hand pass using wrists to push finger-tips at the ball) by the setter so that the ball’s trajectory is aimed towards a spot where one of the players designated as an attacker can hit it, and third by the attackerwho spikes (jumping, raising one arm above the head and hitting the ball so it will move quickly down to the ground on the opponent’s court) to return the ball over the net. The team with possession of the ball that is trying to attack the ball as described is said to be on offense.

5. Find out the ways soldiers and sea captains used to relax over 100 years ago.

Soldier’s got entertained and relaxed in the 1915 by playing sports, games , doing competitions. Some of the games they played were football, basketball, and cricket. Aside from playing games or sports, they also entertain themselves by listening to music and theatre. They also entertained and distracted themselves by organising education classes. They took classes in agriculture, general education, languages, law, engineering, medicine and science.

6. The electricity grid went out in your country. What would change in your lifestyle? How would you relax?

If the electricity  went off on our home there will be no electricity so no computers, no games and so on also we can  not put on the refrigerator , no ice cream and no warm foods to eat . But we have candles to use and  we can at least get warmth by wearing more clothes. I can get relaxed by sleeping not late .So that is how we our family and me get to have the time to relaxe.


adopt your own virtual pet!
Skip to toolbar